Immediately after I heard that the Pangu 9.2-9.3.3 jailbreak was updated to support my iPod 6th Gen, I ran over and jailbroke it. I'm not going to go into how to jailbreak it, but I am going to talk about the root settings (AKA “internal settings” or “prototype settings”. It's the same menu HiddenSettings7 showed.)

I'm too lazy to write a tweak to activate it, but I'm almost certain it'd be easier with Activator compared to my method. Oh well, too late.

Go ahead and install cycript and OpenSSH. Log in, and run cycript -p SpringBoard. Make sure you're on your home screen right now. Now, do the following:

I'm sure you're wondering, how'd you know to do that? A quick tl;dr: magic.

Bringing the point back, this means SpringBoard itself. I grabbed the shared instance of SBPrototypeController made, and called showOrHide. 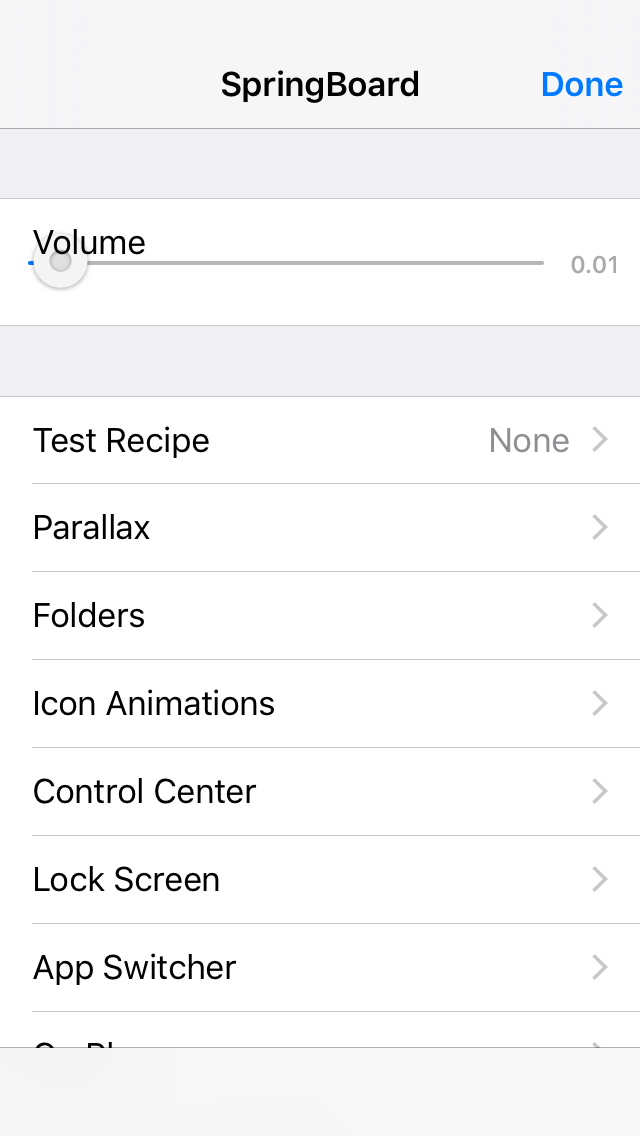 Just like in iOS 9.0.2, the first thing we have in the menu is Test Recipe, a beautiful little thing for testing various iOS features. I'm not going through all of them, but here are some highlights: 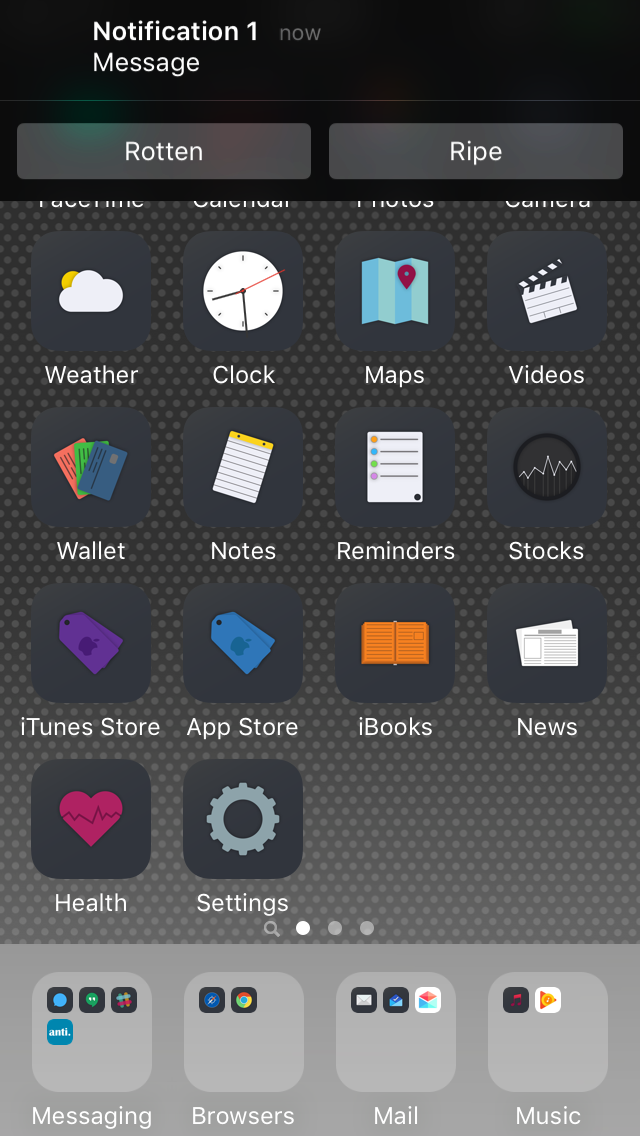 If you spam this enough, you'll notice that in the group notification (X new notifications) the title is “Produce”. 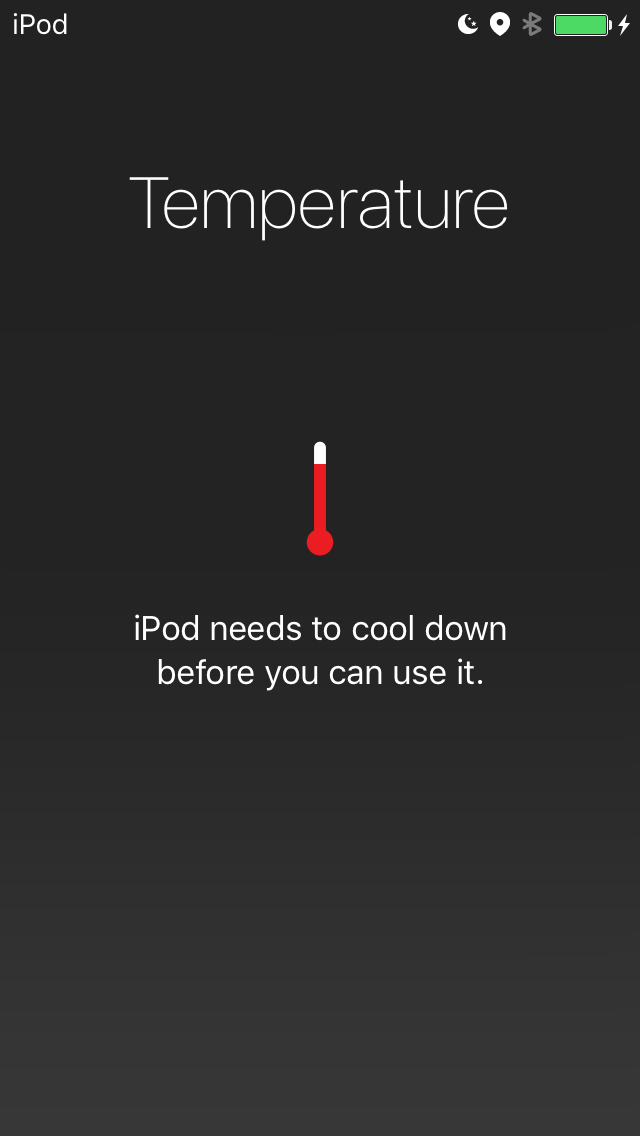 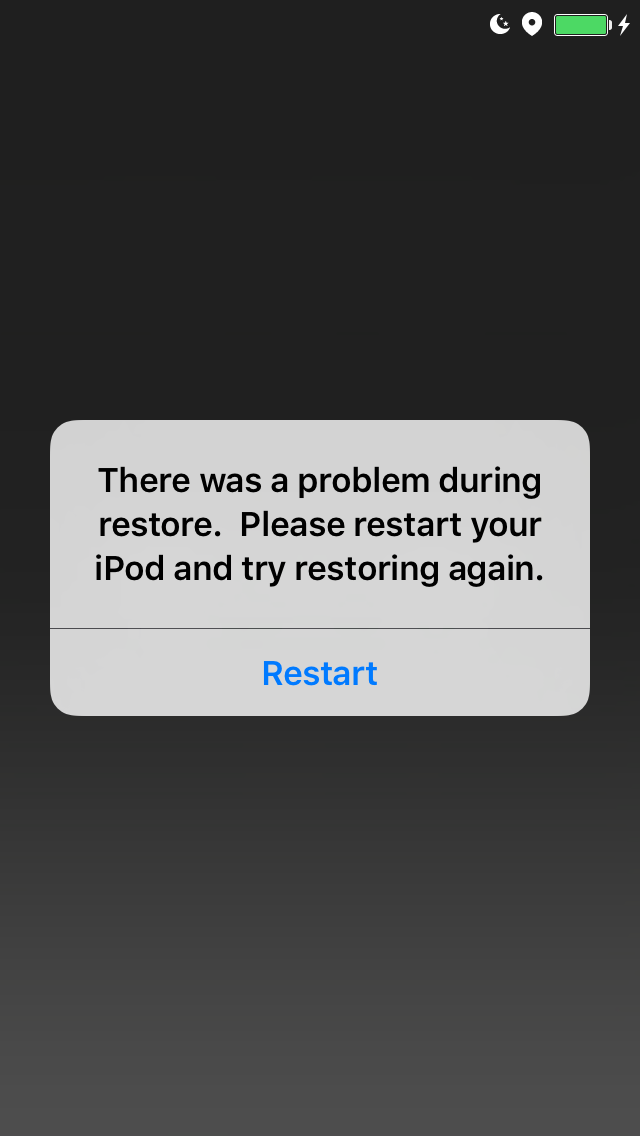 I recommend you don't do this as I had no choice but to kill SpringBoard or restart. 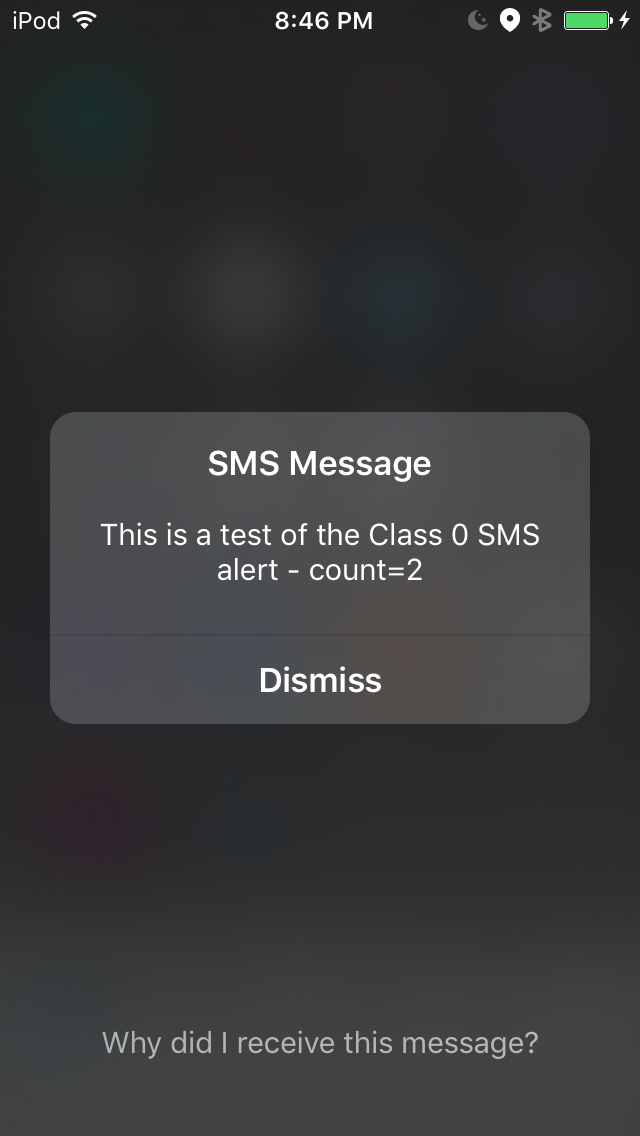 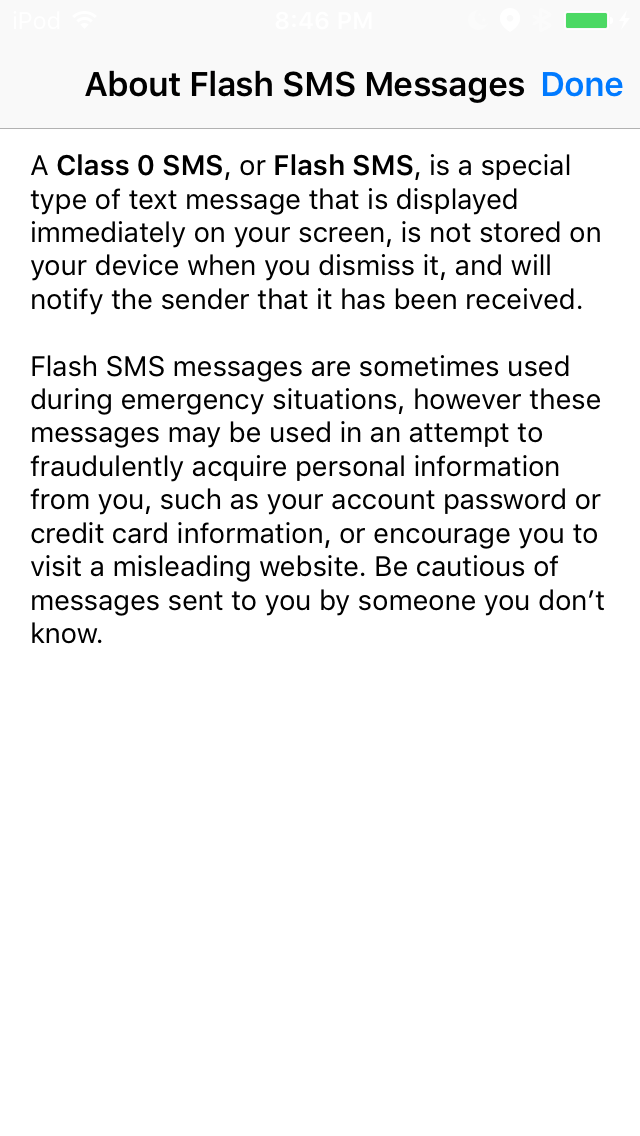 I for one had no idea Class0/Flash SMS existed. Well, you learn something new everyday. Apparently my carrier doesn't allow them to send anymore, from what I've read doing research, so I've never encountered one. 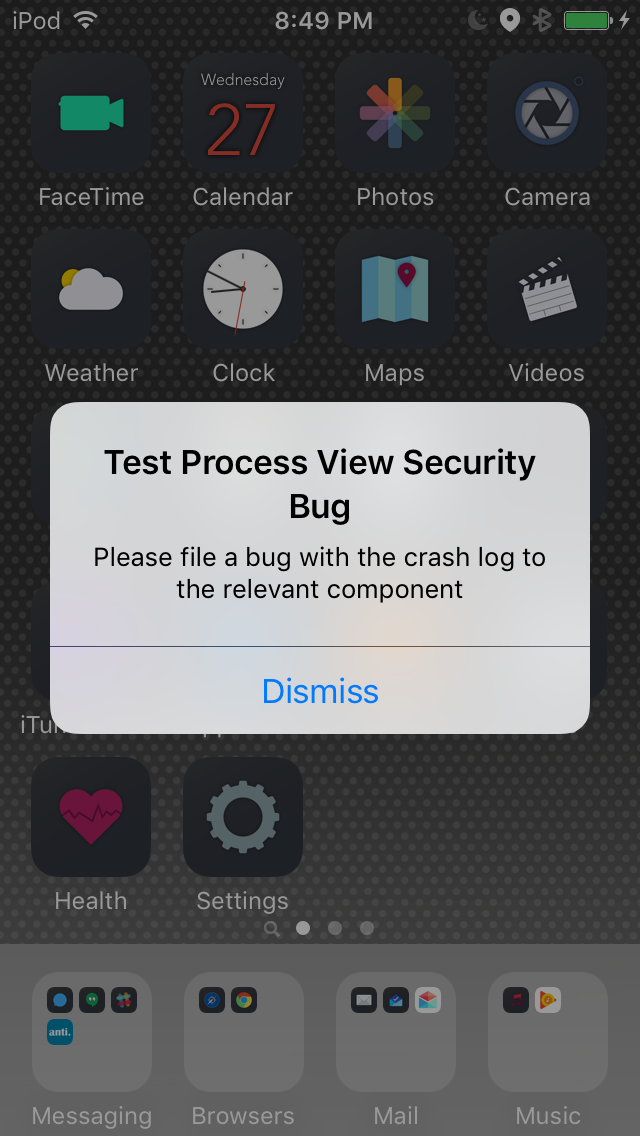 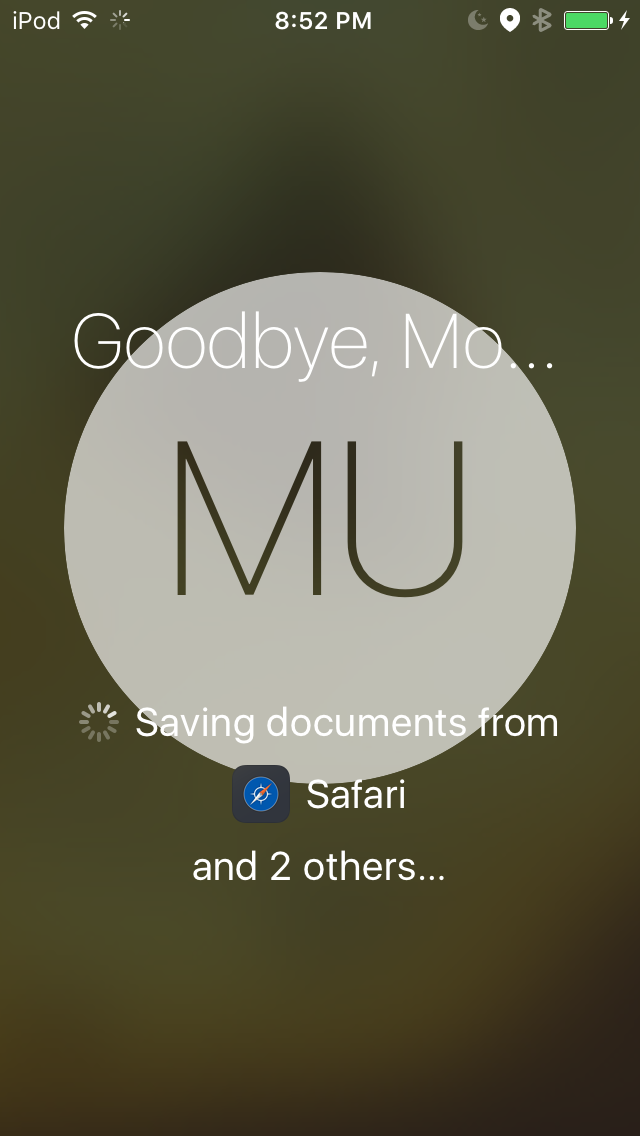 This one is cool. After investigating I think it's meant for the new iPad Classroom features. I recommend you don't test this as it took over my whole iPod while it tried to sync. (You're not just getting a dialog, by the way. Take a look at the device console. It's actually syncing to iCloud with a null classroom identifier.) I'm pretty sure MU stands for Mobile User, as apparent by Mo... in the name.

And finally, one more:

I've been saving one as I though it was extra interesting. This one I will go into extra detail. I'm not going to show you photos of this one on my iPod. Basically the first time you hit volume up to activate this recipe, it turns your background red. I thought to myself “Oh, nice.” Well, that's not all. It then changed my background to photos that reminded me of Game of Thrones. I thought what?

Let's bring this story back to SBPrototypeController, who happens to have a SBTestSettings instance. If you just clicked on that link, that's not very helpful at describing what's happening, except for the SBVolumePressBandit part. Well, going back to search, I found SBComposedWallpaperTestRecipe. Here's what we want.

Still doesn't say much though, so after going in with Hopper and disassembling the function, I found that it actually downloads the wallpapers off of Imgur. I honestly don't know why, but probably for the same reason Google has a cat photo in Google Play Services (I'll leave it up to you to find where I got that from).

Well, let's bring it back to Apple. Here's the links it cycles through for wallpapers:

You have to admit, they're very pretty. I sent them to a friend and he's using them in his cycle of wallpapers.

Well, that concludes everything I've found so far related to Test Recipes. Thanks for reading!